Having trouble with @emberlab's Kena: Bridge of Spirit's Spirit Mail over at the Water Shrine? Here's a quick guide for you to get it and complete the game without issues! 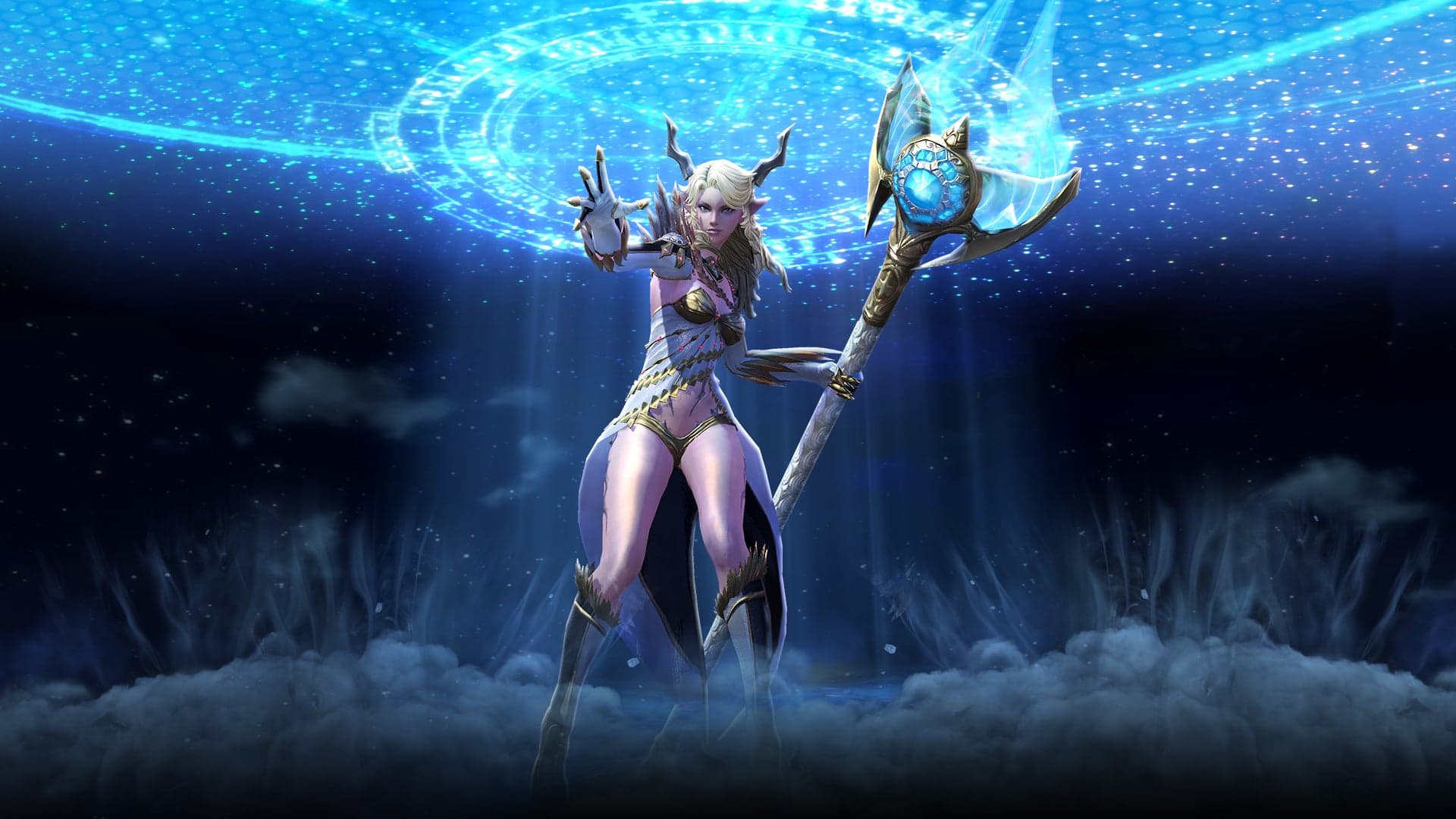 Hey there, my name is Sarumonin, and I’ve been a Priest Main since 2014, starting in Ascension Valley on PC. I’ve been an active TERA player at end-game for several years, and have played, pretty much Priest exclusively since. I moved to TERA Console on Early Access in March 2018, and have stayed on it since, not going back to PC. This guide is based on my own research and findings, and what I feel is the best outcome for Priests in TERA Console’s Awakening. I will add this will be your, what I assume some may call your “basic” awakening guide for Priests, and not including a DPS / PVP type of guide. I won’t be going over a lot of the basics when it comes to Priest, but may share some optimal rotations that may help you and your team.

The Popehood of the Priesthood

With the new Awakening, or Apex update, players that have decided to take on the life of the cloth, should expect a drastic change than how the class was originally played. Some examples of this are as follows:

You can no longer effectively participate in Slaying Runs, effectively.

Though Blessing of Shakan has been combined with Blessing of Balder, in Console you can opt out of this healing buff through removing the glyph. However, potent buffs like Divine Charge, requires you to heal your teammates at least once with the skill in order for them to receive the Divine Charge buff.

Your buffs are stronger, and therefore your team is stronger.

With the new Divine Charge and Edict of Judgement, you now give your party members a lot more damage, so keeping these buffs up will really improve your dungeon runs. We’ll go into exactly what this gives your teammates below.

You can now contribute some damage to the party.

A lot of changes to Priest revolve around their DPS skills. In fact, most of the healing skills in your skillset heals for quite a bit. Focus previous to Apex was for Healing Skills and Crit Factor, or Endurance, as you are after all a healer. However, after this new update, your focus becomes more DPS reliant, and you’re expected to be DPSing with your group in order to: lower cooldown of Edict of Judgement, lower cooldown of Kaia’s Shield, lower cooldown of Resurrection, lower the endurance of the boss and much more.

Gearing a Priest is a bit more different than other classes, because there’s no real set “meta” for it. Some Priests prefer full Crit Factor, some prefer Endurance to survive most dungeon mechanics, and some for reasons that baffle me to this day, prefer Power, because yes. However, I have found the most optimal gearing set while consulting with other Priests in different console servers to see which would be the most effective, and this seems to be the overall conclusion.

The easiest way to explain this without going really into detail is to focus on Attack Speed, Cooldown Reduction, Crit Factor, Endurance and Damage Reduction.

There are only two top line rolls that are viable for a Priest:

• Decreases skill cooldowns by 7.2% (Recommended) – Cooldown reduction is extremely important to keep up with your team when it comes to Kaia’s Shield, Divine Charge, Energy Stars and other skills. This is especially important to lower the cooldown of Edict of Judgement even more so.

• Increases attack speed by 9% – Attack speed allows you to get out of animations faster which will let you pump out more heals or attacks. Though useful, I still recommend Cooldown Reduction as it far outweighs the need of attack speed. Though that could be debated with the lack of attack speed in Bravery Potion and most gear in the game.

• Decreases skill cooldowns by 7.2% (Recommended) – The same reasoning as why you should need it on the Top Stat Roll.

• Increases attack speed by 4.5% (Recommended) –  If you could add more Cooldown Reduction, you would go that route. However, Attack Speed is what you want to go with as it’s just as important.

• Increases your healing skills by 6% (Recommended) – Though recommended, if you’re focusing on a bit more DPS output, you can switch this out with Damage by 6% or alternatively, Increases damage by 9.3% when attacking enraged monsters to get a bit more damage out of your Edict of Judgement.

• Increases Crit Factor by 14 – This roll is important, as you’ll need it – after all you’re Power Doctors. So building Crit is far more important than Power. Plus it will increase the crit of your Heals also.

: Savage Niveot: If going for a Dyad Niveot, it’s recommended to go Relentlessly for the HP increase.

: Spiteful Niveot: If going for a Dyad Niveot, it’s recommended to go Poisedly or Relentlessly for the Damage Reduction or HP Increase.

: Focused Niveot: If going for a Dyad Niveot, it’s recommended to go Poisedly, Resolutely or Relentlessly.

: Pounding Niveot: You can go either Pounding for extra damage or Swift for Combat Speed. If going for a Dyad Niveot, either Relentlessly, Poisedly or Resolutely are viable choices.

In the current state of TERA Console, there is only one Top Stat Roll that is recommended for Priest’s Robes:

Note: This stat roll recommendation may change in the future if Divine Charge gets a quicker charging speed option.

• Decreases damage taken by 6% (Recommended) –  This is a must, the less damage you take, the more you survive.

• Decreases damage taken by enraged monsters by 10% (Recommended) – This is especially important to take, as you’ll notice that during enrage some bosses or monsters will hit you for much more.

• Decreases damage taken from frontal attacks by 6.9% – Again, the less damage you take, the more you survive.

Hardy Niveot x4 – A good combination for Dyads would be Glisteningly to replenish your MP when you hit monsters in the back and crit or Swiftly to increase your Combat Speed. Brilliantly is an acceptable choice as well.

• Increases your Crit Factor by 9%

For Shoes, you want to prioritize Movement Speed, Endurance and MP Recovery, as it allows you to move more freely whilst recovering MP – which even though Mana Charge is an instant skill, is very useful.

• Replenishes 2% of total MP for 5 seconds

• HP Percentage is the most recommended, followed by Endurance, Crit Factor and lastly, MP Regeneration

Jewelry is extremely important for Priests, and healers like Mystic as well, which allows for some customization. Every healer will play differently.

Increases your healing skills by 256

Increases Crit Factor by 4 or Increases Endurance by 4

Important Rolls – Unless it is an Improved Mystel Circlet [Unrollable Stats]

Increases Crit Factor by 8 or Increases Endurance by 4

Swift Vyrsk – Personally, I use 4 Swift in my Jewelry, due to the lack of Attack Speed in the game currently. I recommend this for quicker casting speed, especially when it comes to Edict of Judgement.

Succoring Vyrsk – A basic, and yet useful crystal for Priests that decide to enhance their Healing Skills. Great for the beginner Priest, but not recommended.

Pre-Apex or Pre-Awakening Priest had a very basic set of skills that allowed for an easy rotation. Previously it was simple as: Triple Nemesis, Energy Stars, and well that’s pretty much just it and heal, while using Kaia’s Shield effectively. This changes quite a bit with Apex, or Awakening, as you’re expected to do quite a bit more. Starting with my Glyphs below, which you can adjust as you see fit, you’ll notice a mixture of DPS and Healing.

Tip: If need be, you can substitute the Cooldown Reduction from Mana Charge and move the Glyph Points into Purifying Circle, if you find your group needing a lot of cleanses.

Your new job is to keep up the DPS of the entire group, along while helping them out with your own added DPS. Keep it simple:

If you can keep these thoughts in mind, you’ll lead a successful group.

I won’t go into detail of what each skill does, what it doesn’t do, or how it should be used or not. I will however offer a very simple, but effective rotation – yes, healers have rotations – that you should use before and during Edict of Judgement.

Normal Rotation – While in Edict of Judgement.

Keep Divine Radiance’s Triple Nemesis effect up when it’s close to finishing, and always keep Energy Stars up. If you find yourself in cooldown, but Divine Charge is available again, charge it up quickly and use those final moments for an extra DPS push.

Don’t be afraid to use Guardian Sanctuary when need be, or Divine Prayer for emergencies. They are useful, and help quite a bit when it comes to take ranged attacks, or needing to save a fellow teammate while a boss’s area of effect is being used.

Restorative Burst ⇢ This is your main heal. It provides a large healing circle, with a healing over time effect as well as giving Devoted Favor to your team.

Holy Burst ⇢ This is your secondary heal. It creates a bullet that shoots in a direction, players caught in the line of it will be healed, and given Devoted Favor as well, as it explodes at the end of its animation.

Healing Immersion ⇢ This is your third heal. It will heal your team for a lot, as well as yourself if you’re in the area of effect for it. Keep in mind, this will give your team Devoted Favor, but not the caster – you.

Divine Charge ⇢ This skill will give your team a major buff, as well as healing them throughout the animation for 5 pulse charges. In order to give the buff, the teammate must be healed at least once with Divine Charge. If you use this skill without healing anyone, no one will get a buff. So Heal with Divine Charge = Buff the people healed after Full Charge.

Focus Heal ⇢ No longer really used, and ineffective. You can use this if you truly need a heal to be put out, and your other skills are on cooldown, but it’s not a main heal for you any longer.

Heal Thyself ⇢ This skill will heal you. Stay alive, and you’ll keep your team alive. Not worth adding glyphs to, as there are more important skills that require it, but remember this is your primary skill to heal yourself.

Kaia’s Shield ⇢ Though not exclusively a healing skill, there is a glyph that allows to heal your team over time with this skill. Remember, it’s your secret weapon as a Priest.

Arise  ⇢ Though mostly known for its effectiveness in PVP, this skill is very useful when you find your team being thrown into the air, or knocked down.

Players will choose to use whatever consumable works best for them. These are my suggestions:

The first three are a must for any battle. Though Bravery Potion does not offer Attack Speed, it will help you with some Damage Reduction and Increase. Lamb Bulgogi is especially required as it has Attack Speed, and we’ve talked about why that’s important. Feast is an equally delicious treat offering you Crit Factor, Healing Skills and Attack Speed, though often not available unless through events. An alternative to Feasts, is the Spicy Fish Buffet which offers pretty much the same effects as the Feast. Don’t combine food. Either use the Feast, the Buffet or the Lamb. It does not stack.

Note
: I have been asked quite a bit about my Skill Bar. Please note that every skill bar will be different, and my play style may be very, very different than another players. For example, I use two skill bars instead of three, you can use both methods effectively. But for those that are still wondering regardless, here is my skill bar.

Is Kena: Bridge of Spirits Worth Playing?